Places to Visit Near Whitefield 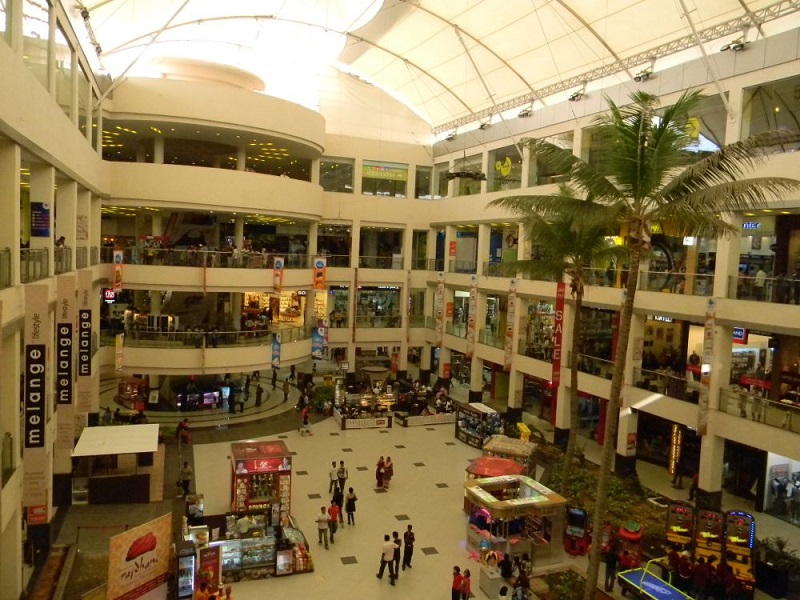 Whitefield has a variety of places to explore. It has shopping malls and IT parks. It is located on the outskirts of the city. The area has a great list of food points and fun spots.

The Place to Visit Near Whitefield are

Bangalore Palace is a royal structure. It is located within the city. Beautiful gardens enclose the palace. It is one of the best places to Visit Near Whitefield. It attracts tourists in large numbers. It is a preferred destination for important events and cultural programs.

The wooden structure with splendid carvings attracts many visitors. The carvings inside and outside depict different architectural styles. The palace is reminiscent of the royal culture it represents.

It was from Rev. J Garrett in the year 1873. The cost was Rs. 40,000. The palace underwent significant renovations from 1874 - 1878. During the following years, the successors of the Wodeyar dynasty added many more features. It has the Durbar Hall.

The palace boasts an area of 45,000 sq. ft. It is set within grounds that span 454 acres. It is one of the many tourist places near Whitefield. It is a must-visit destination.

The Botanical Garden is a place to Visit Near Whitefield. The garden was first planned and brought to fruition by Hyder Ali. Numerous British Superintendents then managed it. It was before India attained independence.

It is a nationally and internationally renowned center. It has botanical artwork. It deals with the scientific study of plants and the conservation of plants. The place is heaven for all nature lovers. It covers an area of 240 acres in the heart of the city. It has nearly 1,854 species of plants.

The botanical garden is a delight for photographers. It consists of the famous glass house. An annual flower show is held in the garden every year. It is home to an aquarium and a lake. The botanical garden features several ornamental plants. It has a central glasshouse. The glasshouse is an essential attraction at the venue. It captivates a lot of visitors, who come to enjoy its intricate beauty.

Lalbagh Botanical Garden is also the venue for a lot of flower shows. It is hosted on important days such as Republic Day and Independence Day. People come here to take a stroll. They enjoy nature all around this botanical garden.

The place has the best facilities in terms of modern projection. It has interiors of international standards. It has a varied theatre and food courts. It has all the regional movies.

The Sigma Tech Park is on Whitefield Main Road. It is one of the topmost IT Parks. The Park provides campus facilities for multinational giants. A lot of people work here. The place has the best infrastructure.

It is known as International Tech Park commonly. It is the oldest tech park in Bangalore. It is located in Whitefield. The Park provides campus facilities for multinational companies. Major companies like General Motors, IBM, Airtel, Vodafone, TCS, Huawei, and Oracle are in the Park.

The Prestige Shantiniketan is the first integrated township in Whitefield. It has several multinational corporations. It includes Alcon Laboratories, Tata Consultancy Services, Wipro, Hindustan Unilever, etc. The place has massive companies. The infrastructure is fantastic.

Tipu Sultan’s Summer Palace is another significant attraction near Whitefield. It is an example of Indo-Islamic architecture. It was the summer residence of Tipu Sultan. The construction of the palace started during the reign of Hyder Ali.

The palace was completed in the year 1791. It finished during the reign of Tipu Sultan. The palace was used as a secretariat by the British. They started using it after Tipu Sultan's death in the fourth Anglo-Mysore war. People who love history can visit this place.

ISKCON Temple is a temple that is dedicated to Lord Krishna and Goddess Radha. It is one of the most admired tourist places in Whitefield. It attracts a lot of people each year.

The temple boasts unique architecture. It combines the traditional style of architecture with a bold new aesthetic. The temple is one of the best Whitefield tourist places to visit. The construction is different and nice.

The Ashram is also known as Brindavan Ashram. Sri Sathya Sai Baba established it on 25th June 1960. It was the summer home of Baba. He used to spend 3 months of the year here. The place attracts a large number of devotees every year from around the world. The Ashram is an area of great peace and spirituality. It is located away from the huge noise and pollution of the city. It aids the divinity of the Ashram and the faith of the devotees.

Cubbon Park is the best place to visit near Whitefield. It is designated as the Lung of Bengaluru. It has a variety of trees and lush greenery. It is one of the many reasons Bangalore is referred to as the Garden City of India. The Park is located in the heart of the city. It is very easy to reach.

Major General Sankey initially established the Park. He started in the year 1870. He was the British Chief Engineer of the Mysore State. The Park originally covered an area of about 100 acres. The subsequent expansions and additions over the years increased the area. It is now having an area of about 300 acres. People go to the Park to embrace the greenery of Garden City.

It is spread over an area of 300 acres. The Park is a major sightseeing attraction. It is rich in green foliage. It is a natural sightseeing destination. Some of the significant structures of the city, such as the